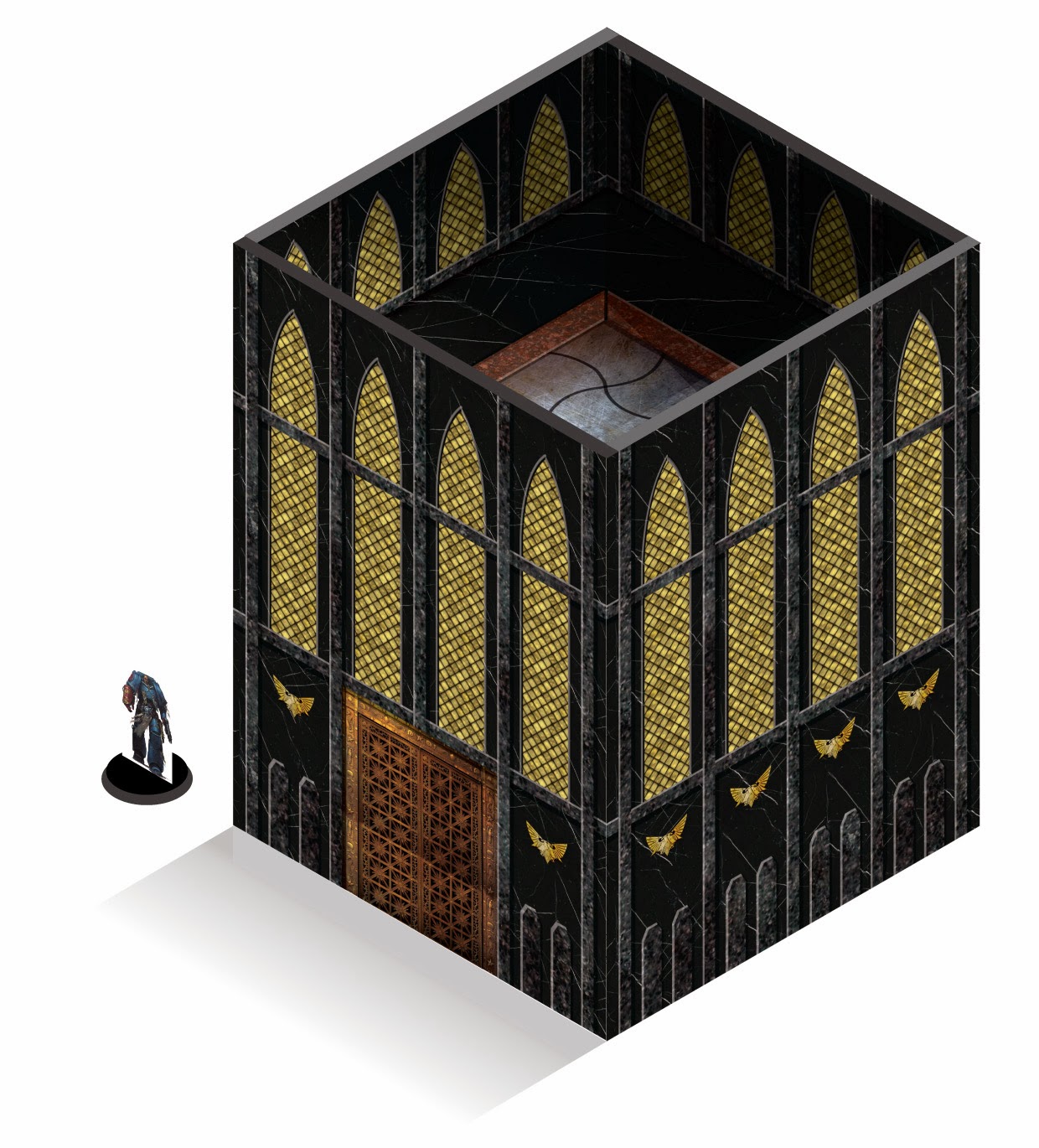 OK firstly, I meant to post this over the weekend but due to some personal issues I never had a chance to do so. Secondly I really like the buildings and the fact that Dave took the time to put out another one is just great. Yes I understand that this is just a a color variance on his other building but when you have two or three of these on the board it is so much nicer than having all one color.

Terrain is everything - Hail the Omnissiah a new Print & Play building scheme
Posted by Unknown at 2:30 PM No comments:

Allies for my Imperial Guard

A couple of weeks ago I was lucky enough to have found several boxes of old miniatures from when I played what is probably over a decade ago at this point. One of the things I found in those boxes was enough Adepta Sororitas figs to fulfill a promise to my Daughter. Over the weekend I was able to sit down and look at what I had and compare them to the new rules. What I found much to my Daughters delight is that I had enough stuff for a 250 point Allied Detachment.

Hopefully I will have the time sometime soon as well as a camera on hand to get these figs together and primed and possibly even a pic or two.
Posted by Unknown at 12:24 PM No comments:

So I spent the morning looking over a copy of the 5e Planetstrike Expansion and it looks like my group may run through the 6 mission campaign in the near future. We will be running two teams with a total army value of 2500 points to be split between the two armies on the team are the players see fit. At the moment that I type this the groups look to be Scott and George with Blood Angels and Iyanden Eldar as Attackers against Austin and myself running Tau and Imperial Forces (Imperial Guard, Dark Angels, Adepta Sororitas) as the Defenders.

I will say that we are still in discussion about what we are going to be doing but if all goes well we should have our first game in two weeks.
Posted by Unknown at 2:27 PM No comments:

Missed a Week, Blood Angels vs Iyanden, and how armies differ between Editions....

So I missed a week, sorry. We didn't have a game the previous week so I didn't have much to say on the matter. On top of all that I am not really that interested in Tyranid at the moment since I cannot find my HQs and I have no interest in the Fantasy Dwarves at all. Ok so some of the new figs for the Dwarves look pretty nice.

Fortunately this week we did get a game in between Scott's Blood Angels and George's Iyanden armies. They ran with the random Missions Cards, Scott getting Purge the Alien and George getting Big Guns Never Tire. We gave Scott a chance to see what his Blood Angels may look like in 6e by allowing him to use the point values from the Space Marine Codex for any units that actually showed up in that book. It gave him approximately another unit and a half which seems to be a major difference in point values to me. I guess i will need to go back and see if the points for my Dark Angels were that bad as well. An y how, the Dice Gods hated George with a passion and after about 8 or 9 "1"s in Scott's opening turn, George really didn't have a whole lot of Scoring Units left that weren't in reverse. I must say though that while George did take a hit with the dice this last game he fought hard and still had a chance up until turn 4 when he had to concede.

Who I am following